(Mountain View, CA) - Google was compelled to lay off around 10% of it's staff today after the official cancellation of April Fools' Day this year. WIth national and international morale at a low due to the Covid-19 pandemic, there was little appetite for the usual pranks and jokes this year. "We've had to lay off our entire Hijinks, Malarkey, Shenanigans, and Tomfoolery departments, comprising roughly half our headcount. This is devastating. Fortunately, other departments including Search (1%) and Short-Lived Services (49%) will be able to keep running", a spokesperson for the company said.

Google is well-known for its commitment to practical jokes on April Fools' Day. Google has put out quite the variety of pranks over the years, including:

On previous April Fools' Days it has built out a plan for human settlement of Mars, a mic-drop button on Gmail, and even “Google Translate for Animals.” What started as a fun annnual internal project, however, seems to have grown over time. More and more headcount seems to have been allocated to parnks, spawning entire departments for Hijinks, Malarkey, Shenanigans, and Tomfoolery.

Today's announcement stunned competitors Facebook, Apple, and Microsoft, who dont' allocate nearly as much resources to April Fools. An Amazon spookesperson sneered at the idea of April Fools' Day, while people at Microsoft seemed unsure of exactly what it was. A Facebook spokesperson noted they were working on a way to ruin it for everyone "within the next few years at the very latest." Thanks to our top-notch investigative journalism, We were able to compile a rough breakdown of where each of Facebook, Amazon, Microsoft, and Google have resources allocated at press time. The amount of resources Google has allocated to April 1st is stunning when set alongside competitors and adds some context to today's massive layoffs. 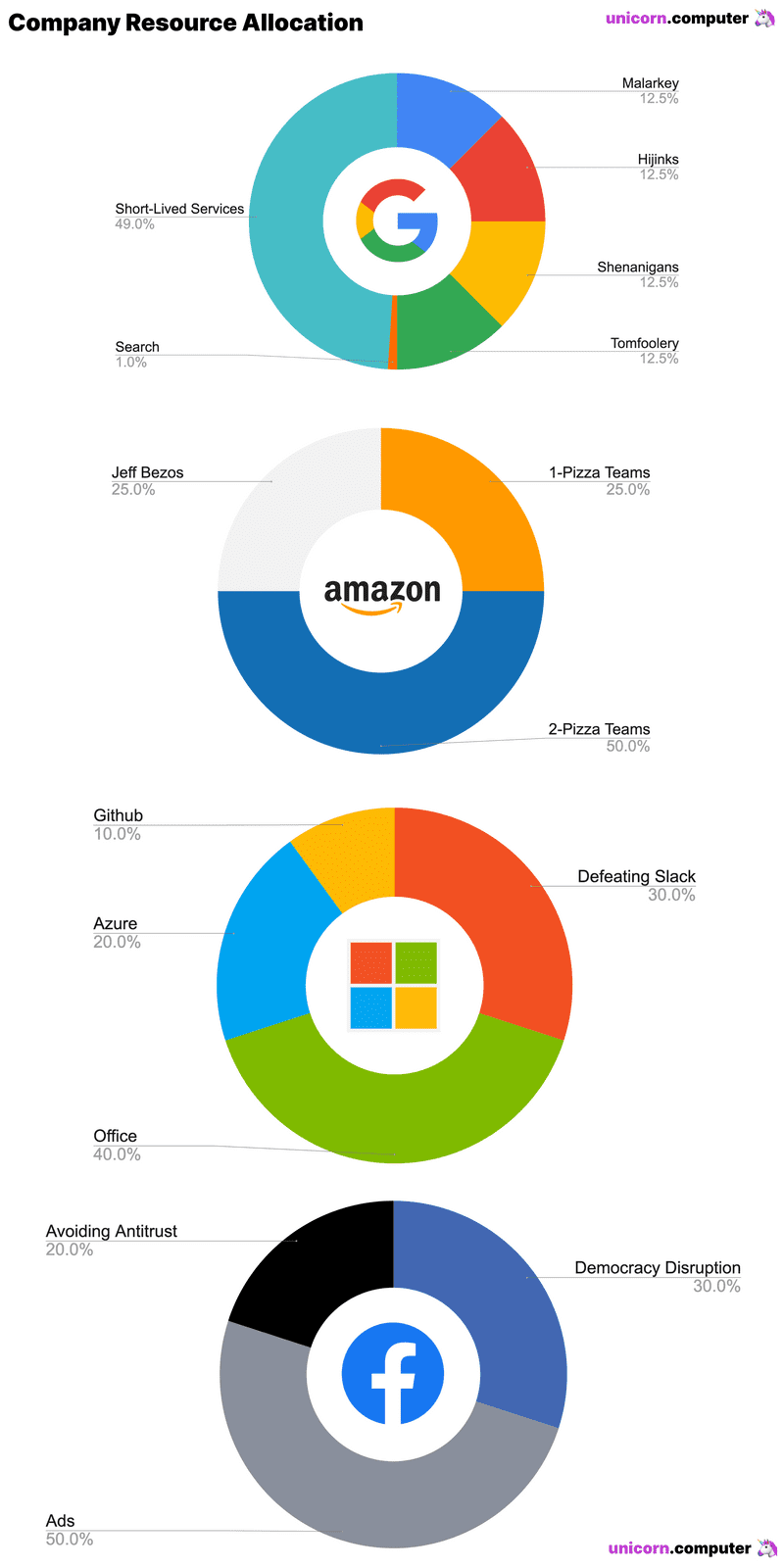